John Wong and I teamed up for a fantastic 2 day ascent of Mamquam in May. We approached the mountain via and Mamquam River logging roads using his peppy Suzuki Sidekick. Despite some very large waterbars, we managed to drive a long ways up the road and cut off a significant chunk of road walking. We loaded packs and hiked a heck of a long way up the road before reaching the end many hours later. 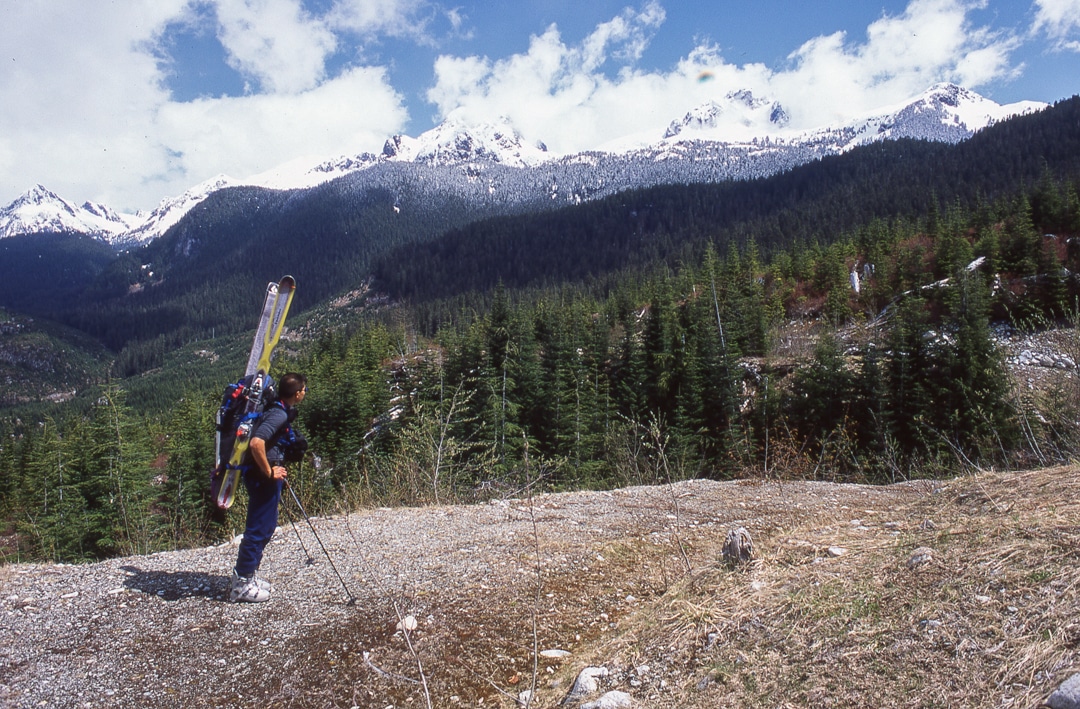 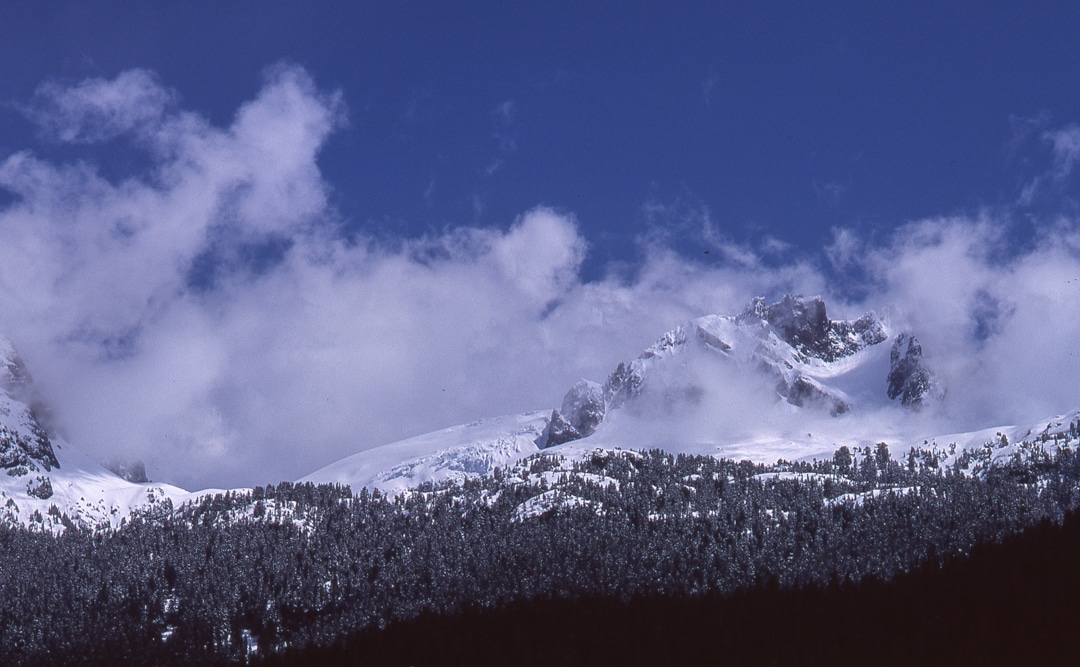 After climbing though the forest for a short while we reached snow and shortly after we were skiing upwards. We made it to the lake campsite with time to spare before night fall. 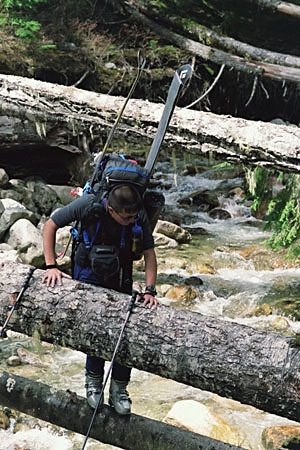 We woke before sunrise on day 2 and got an early start to our ascent. 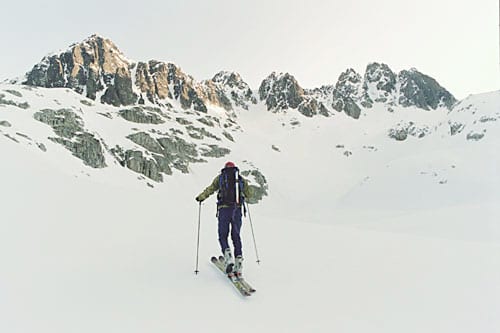 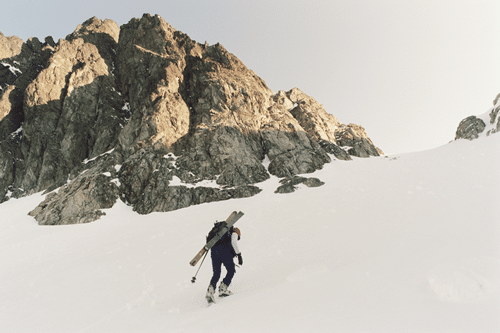 After a 2000 ft climb we reached the broad, spectacular Mamquam Glacier. 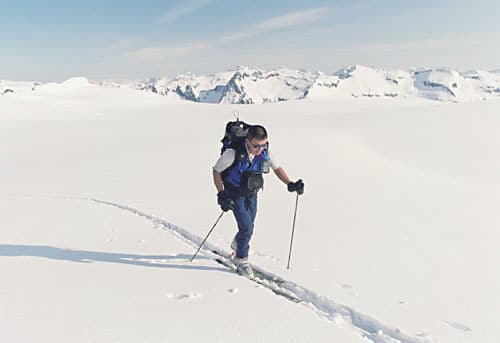 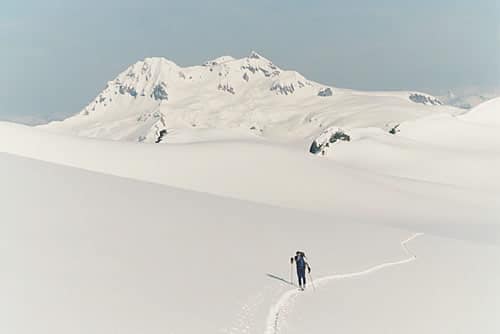 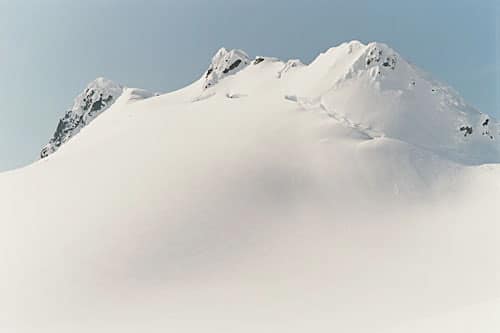 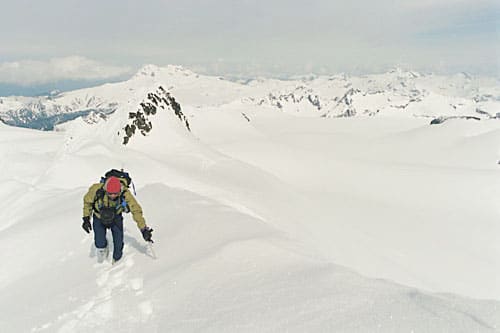 A few hours later and we were on top, after an exhilarating kick step up the final summit block. 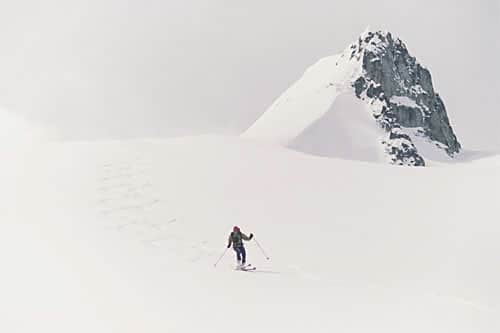 We quickly began our descent and were rewarded with beautiful snow. The first 1000 ft of north facing slopes were excellent powder, a treat for May. We then swung around onto south facing slopes for another 2000 ft of excellent spring corn which led us back to camp. After a quick pack up we were heading back down to the road, and the long slog back to town… 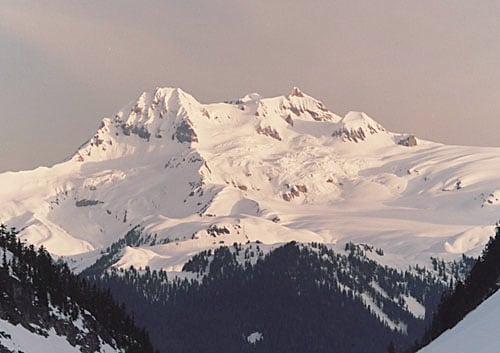