Ziff and I finally got to ski this thing and it was fun. The weather forecast wasn’t looking great, but it did look reasonable for trying the aussie given that avi seemed ok and we were pretty familiar with the route.

We left town at 5 AM and were hiking by 8:20. The Cerise Creek Trail is snow free to the valley draining the North Face of Joffre, which we ascended. The first section of the valley involved a short wet bushwhack followed by a crossing of a slippery boulder field. We hit snow a short distance up the valley, and climbed to the ridge behind Keith’s Hut. Crossed over Motel 66 and them followed the Anniversary Glacier to Joffre-Matier Col and then to the base of the Aussie Couloir. The bootpack was quite a slog (1400 ft I think). We summited just after 2 PM and then skied the entire couloir from the ridge just below the summit. The couloir entrance was a bit tricky (icy crust under an inch of snow) but quickly led to enjoyable turns all the way down. Slope angle measured at 45º at the top, 40º in the middle and 45º at the bottom. The Anniversary Galcier was good skiing, but by the time we hit Motel 66 the snow was pretty heavy. We retraced our ascent route and made it to the car before 6 PM. It was a fantastic day, especially because it was the third time trying to ski the couloir this year. I highly recommend this trip, and I’m on the lookout for some more good couloirs in the area. 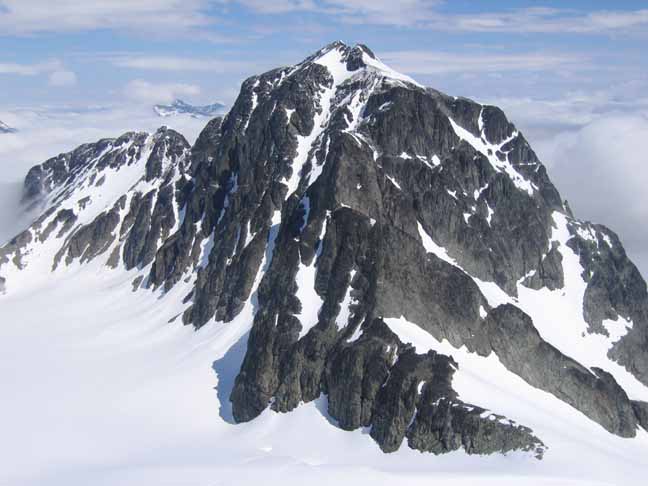 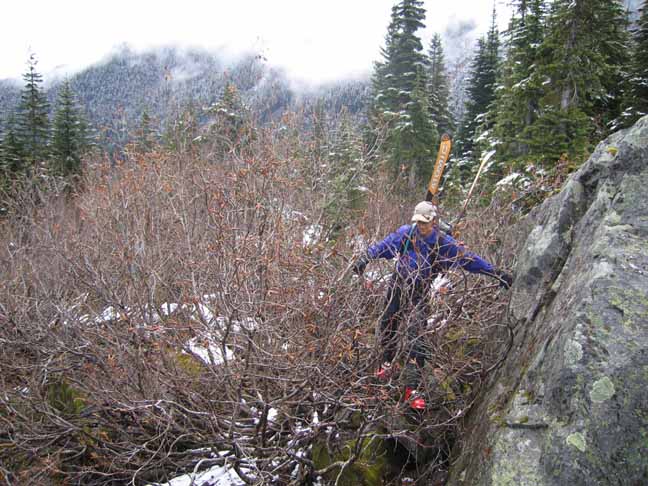 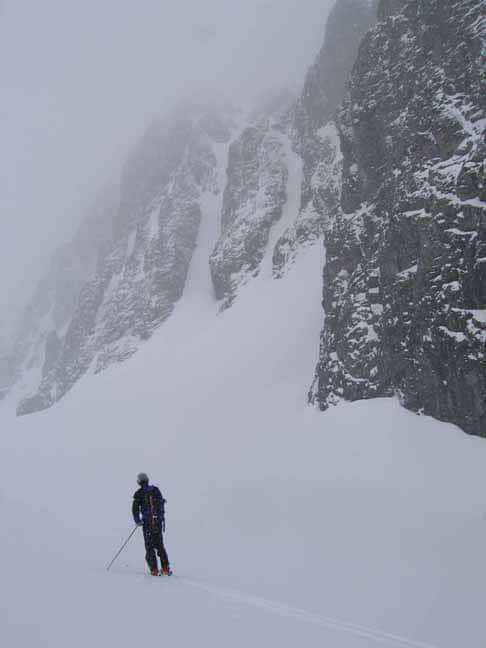 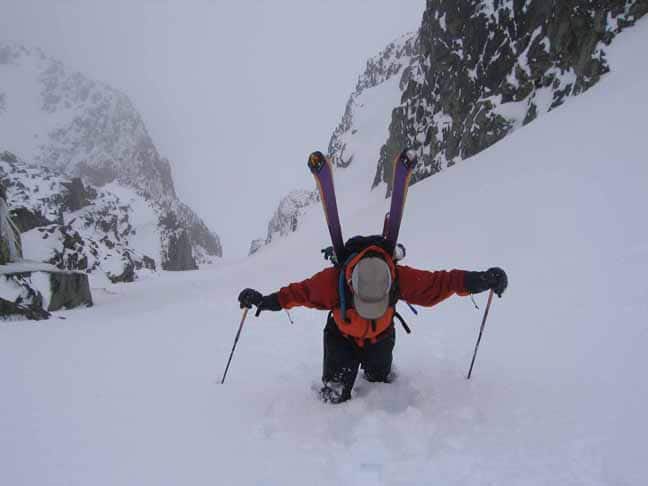 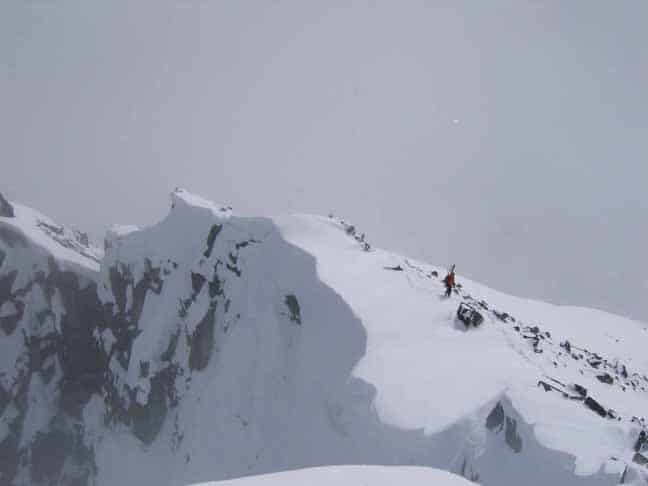 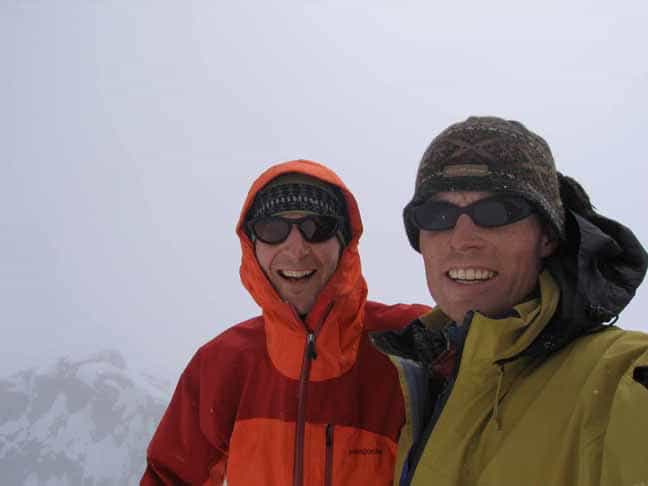 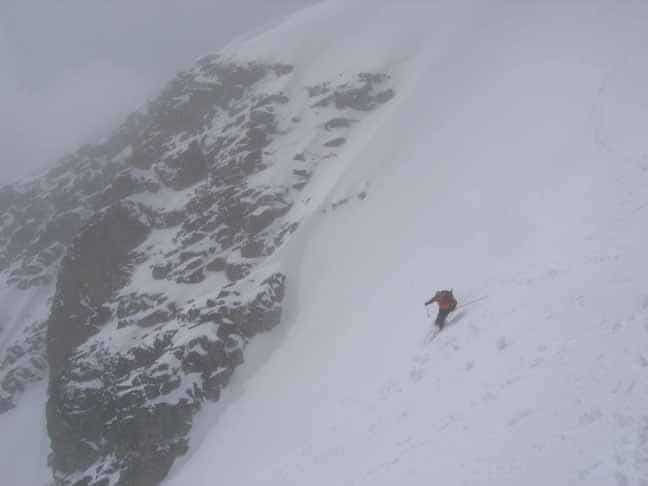 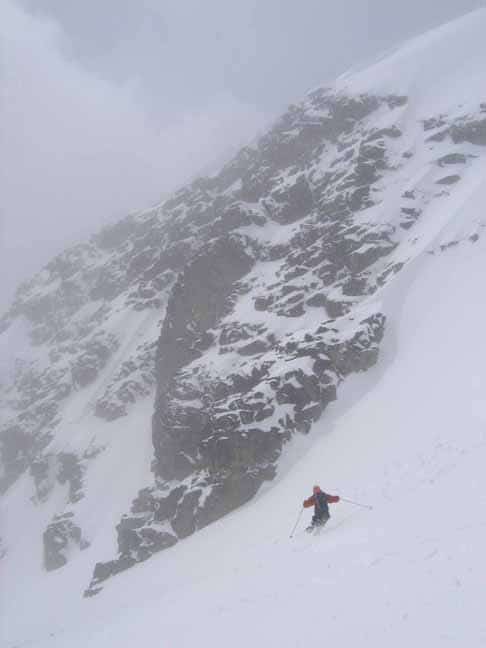 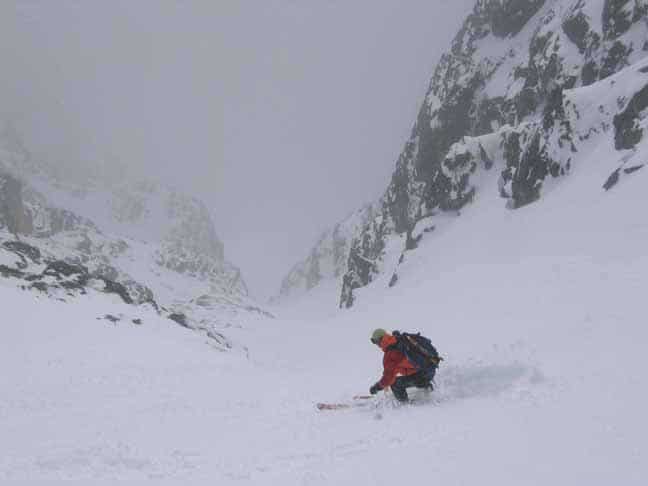 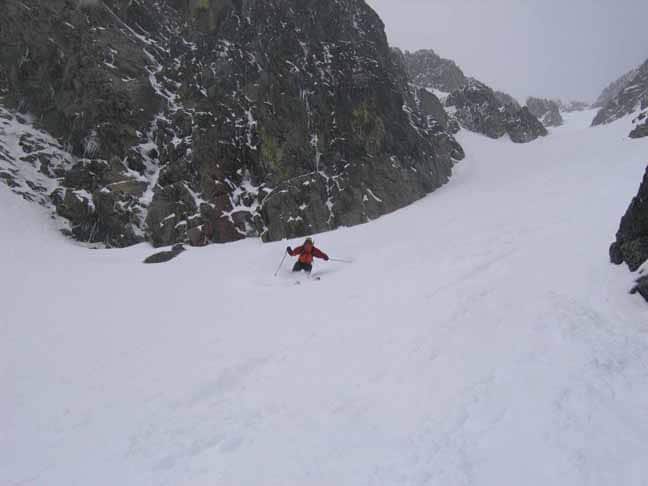 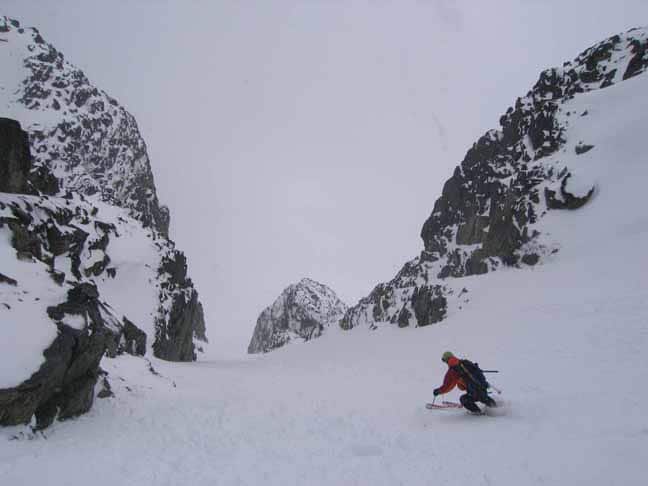 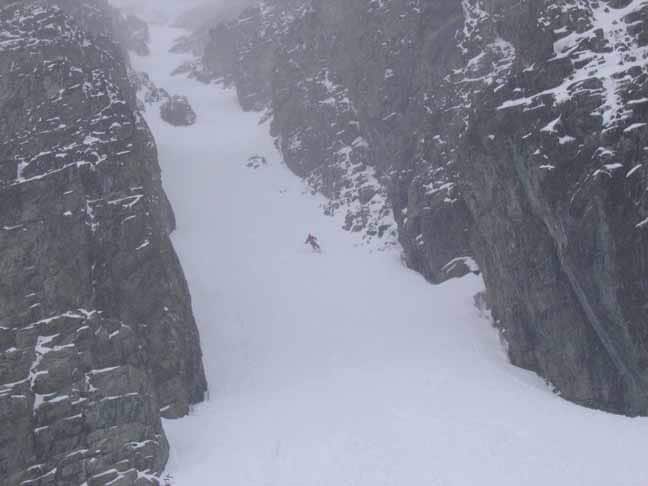 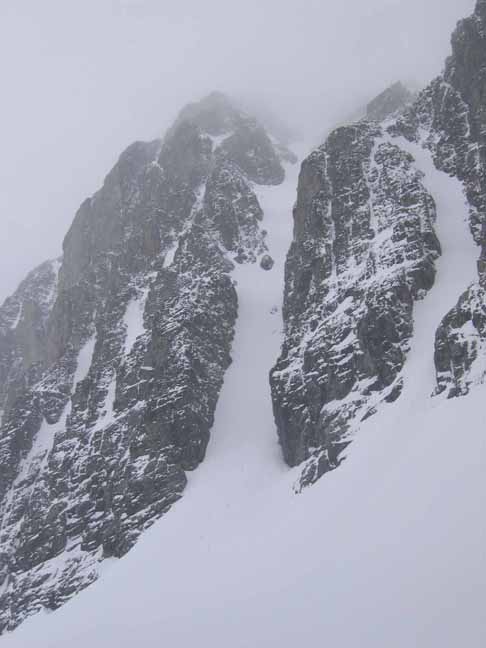 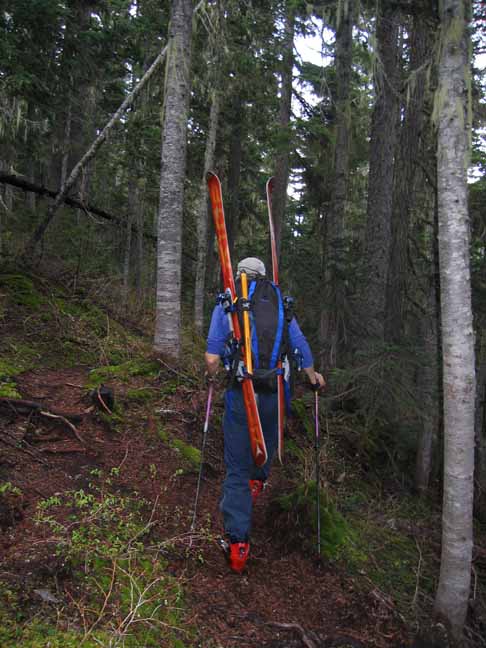