I hooked up with an american named James who lives near Bariloche for a day of tree skiing on Cerro Lopez. One of the great things about this tour is that it can be accessed from Bariloche without a car. You can take hte Number 10 Bus which goes to Colonia Suiza and get dropped off at the trailhead. We started skinning up from the main road which is quite low and climbed up through on roads that lead to Refugio half way to the alpine. This is a refugio that tour companies drive tourists up to in Landrovers. It’s a crazy road in the winter and I can’t believe they can get vehicles up it. The cars were constantly getting stuck and we played leap frog with the vehicles as we skinned up for the first part of the day. 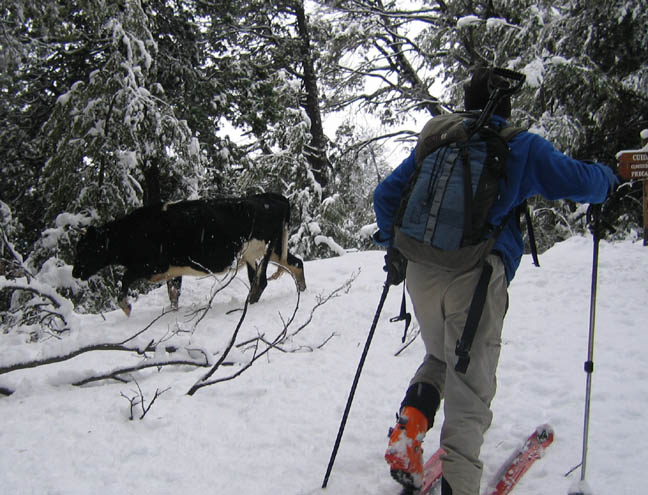 We started skiing up thorugh a farm. Yup, that’s a cow. 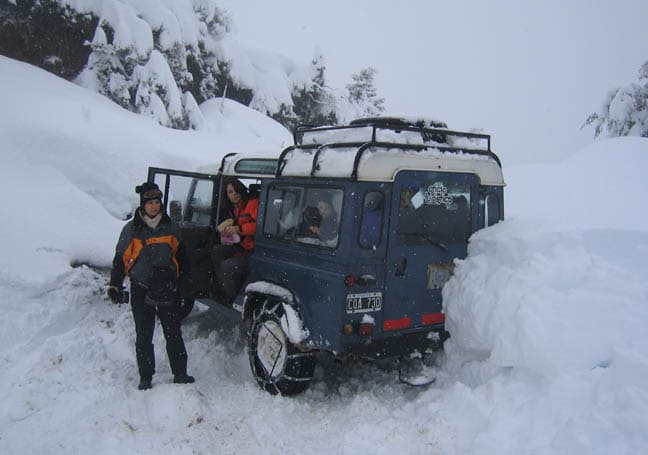 People are serious about 4 wheel drive. The stuff they do puts Canadian drivers to shame. 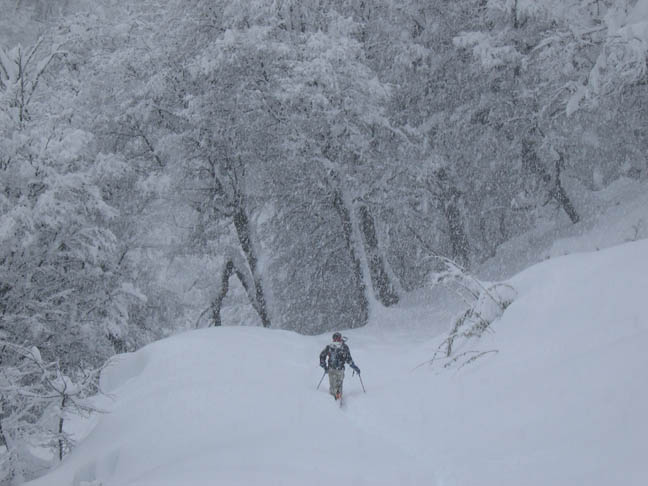 Trailbreaking was pretty hard. Luckily for me James is a total machine and did most of it. 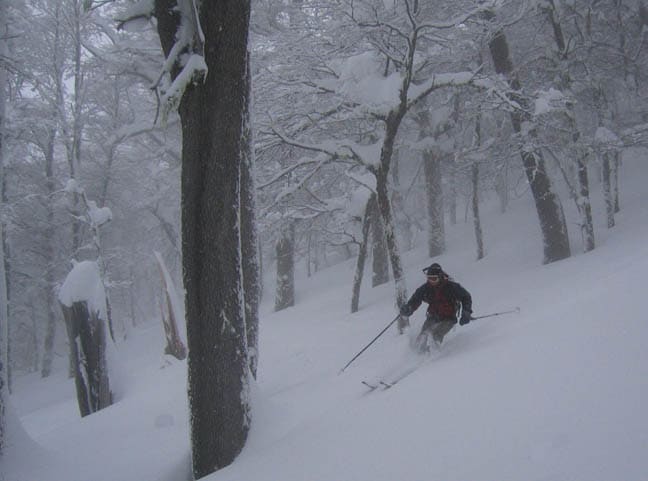 James in the lenga forest. 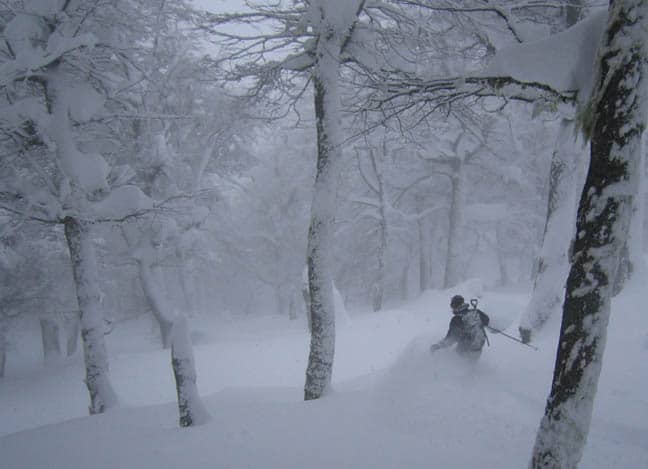 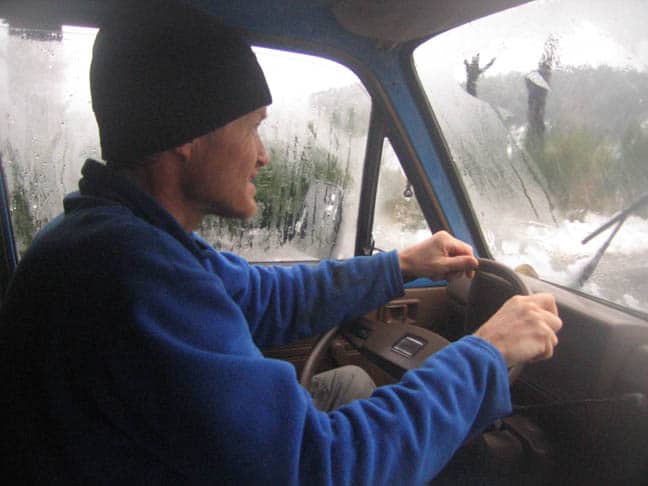 Most frightening moment of my trip to Argentina. We didn’t have enough people in the van for good traction so we picked up boulders. The roads weren’t plowed and I was scared.