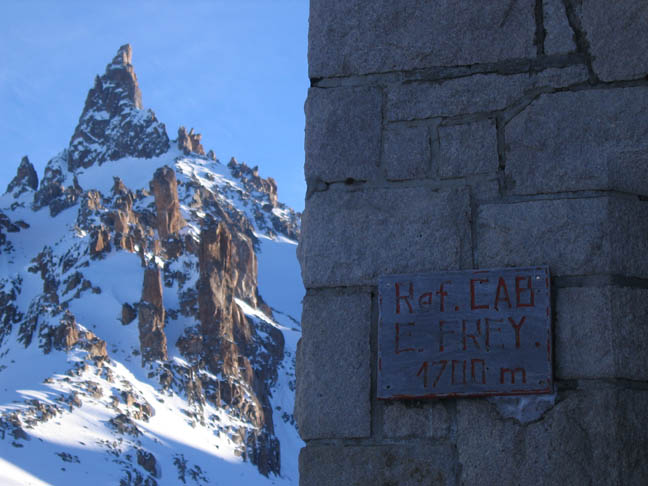 You have to go to Frey. That’s the best way to sum it up.
Follow this link for information on accessing Refugio Frey. 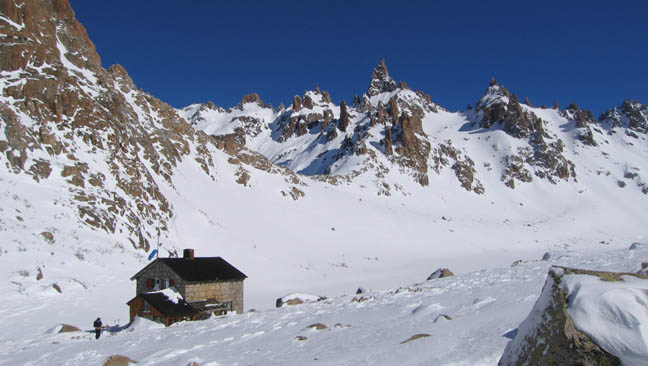 Ascending towards Cerro Principal. Click for a larger version. 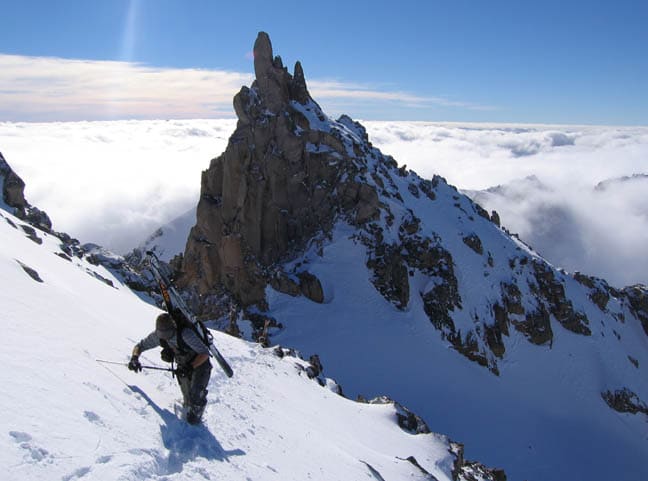 Pat bootpacks to the run below Cerro Principal. 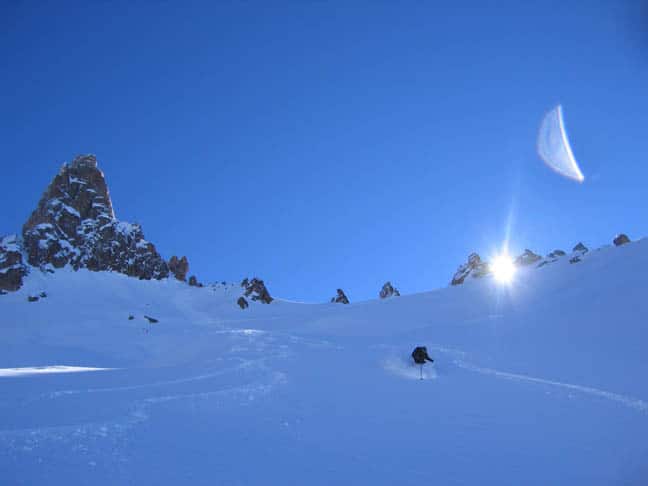 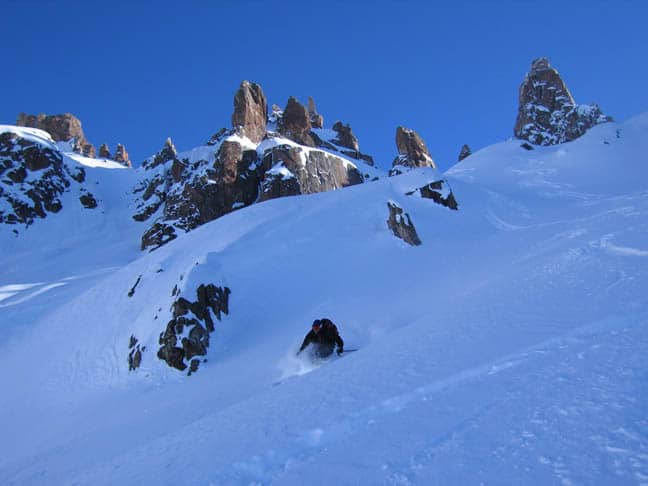 Pat in the snow. 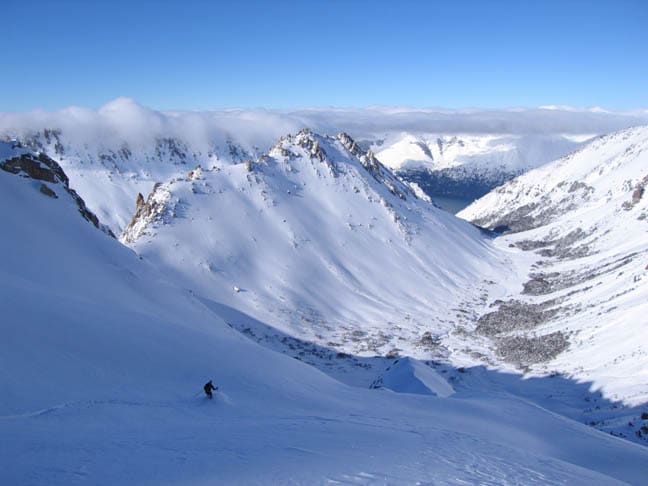 Merlin leads us down. 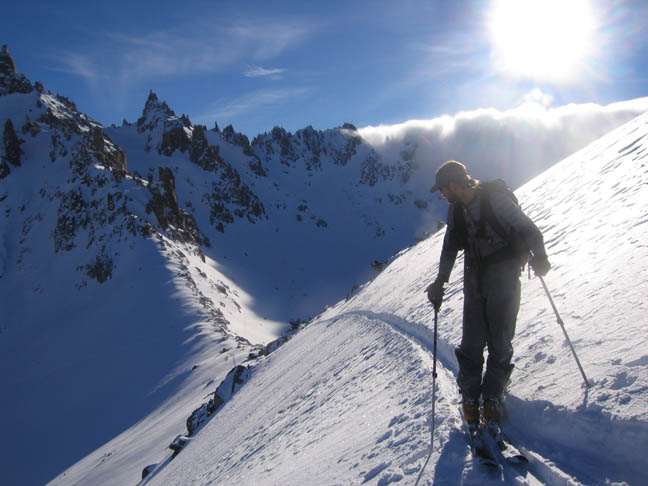 Checking out some nice terrain opposite Cerro Principal. 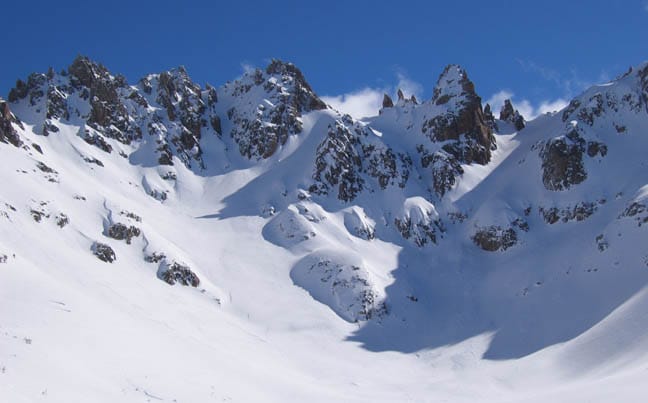 Some nice chutes across the lake from the hut. 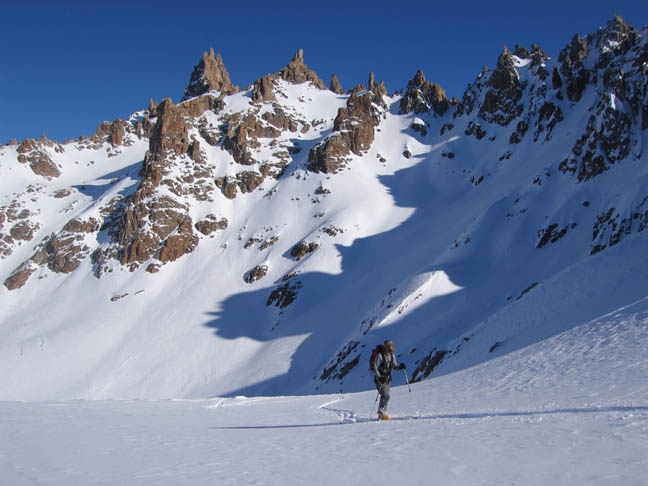 Pat on the ascent. 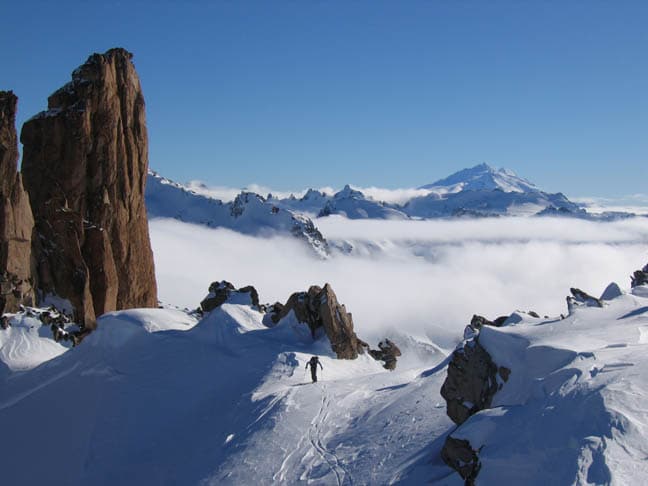 Pat at the top of one of the chutes. Tronador in the background. 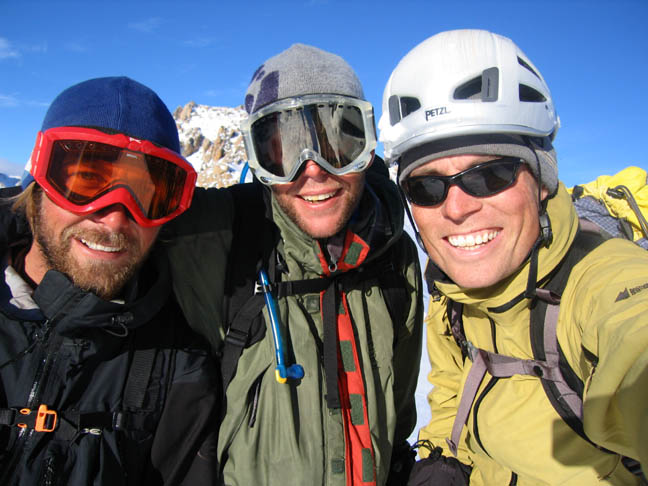 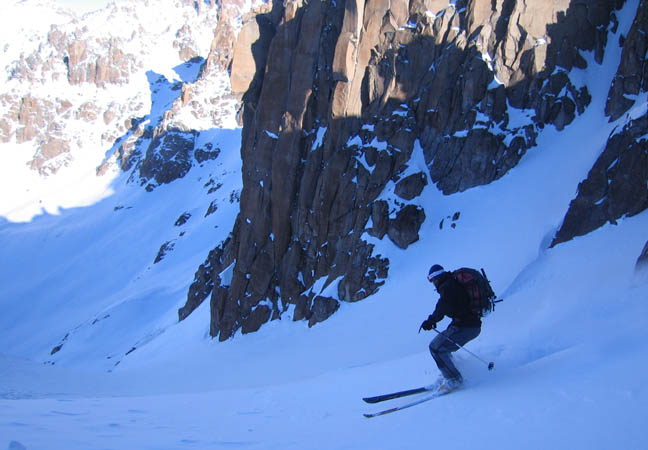 Pat heading down into a nice chute.

The backside of Cerro Principal. Click for a larger version. 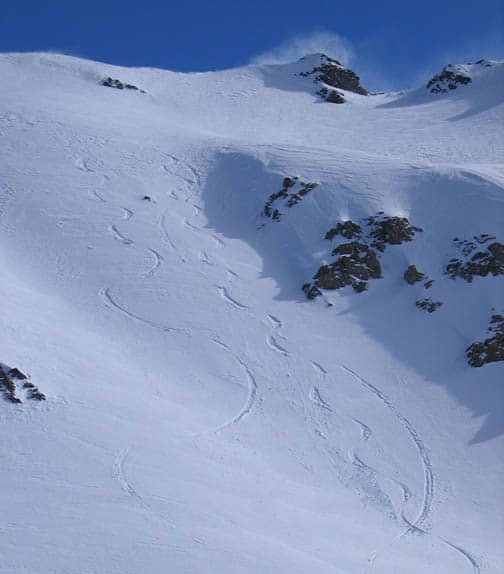 The tracks of Pat, Matt and Dan.

There are several access routes to Refugio Frey. The route described here is considered the standard winter access for ski touers. There is an alternate low route from the ski area that wraps around the base of a mountain (his route is apparently long and harsh in the winter). There is another route that is more popular wiht snowboarders, but I haven’t done it. 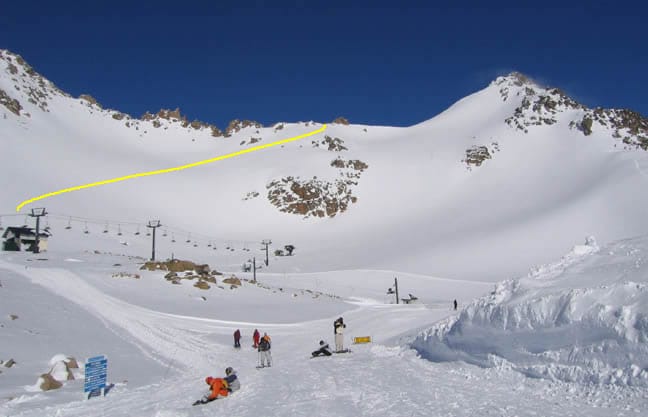 View from the top of Princessa 3 Chairlift. Access to Frey is though a notch in the col in the middle of the photo. 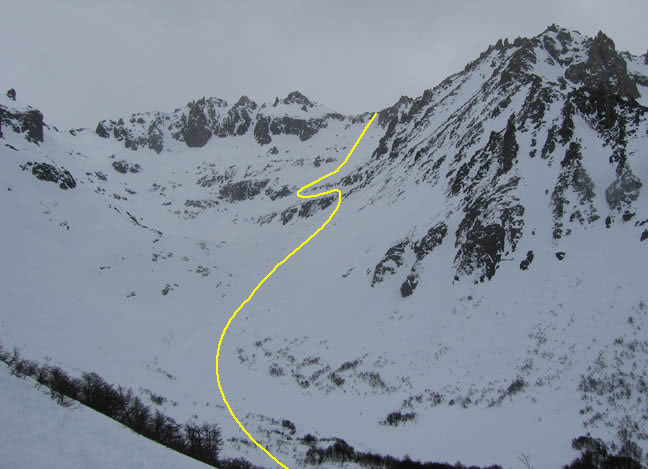 From the col above Princessa 3 the route descents the long steep slopes to the valley bottom. 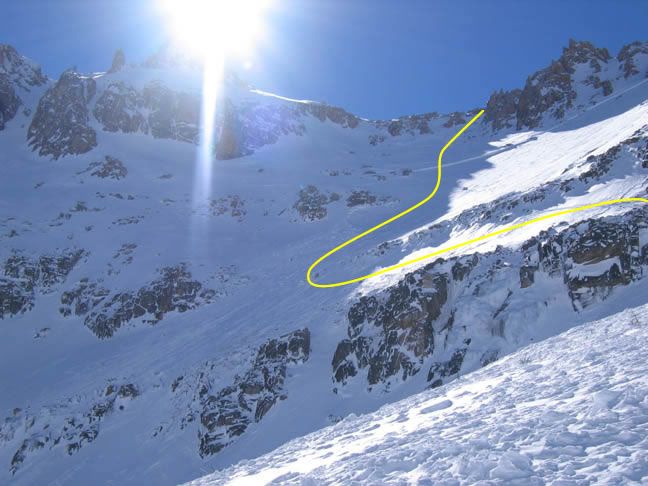 This is a close up of the previous image that shows more detail for the descent from the col above the Princess 3 lift. Note the large avalanche crown! This is astandard winter access route. 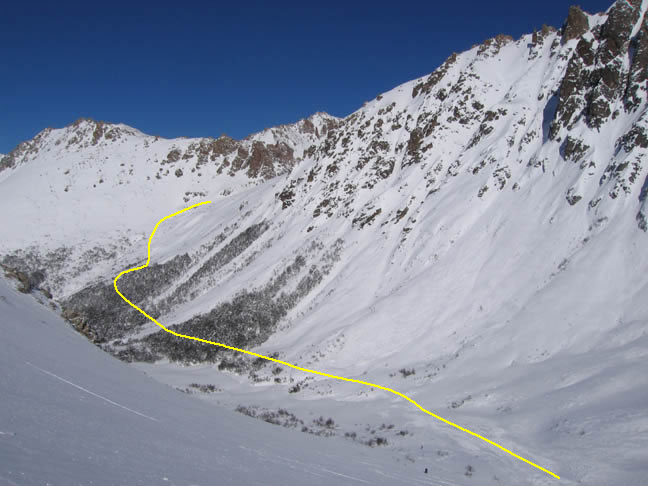 From the the bottom of the large slopes, the access route descends along the gentle valley bottom and then climbs up into a hanging valley where Refugio Frey is located.