After my volcano tour with Pat I zipped back to Bariloche and was fortunate to hook up with Matt, Mia, Paul and Zach the next day for a fun ascent of Challhauco. 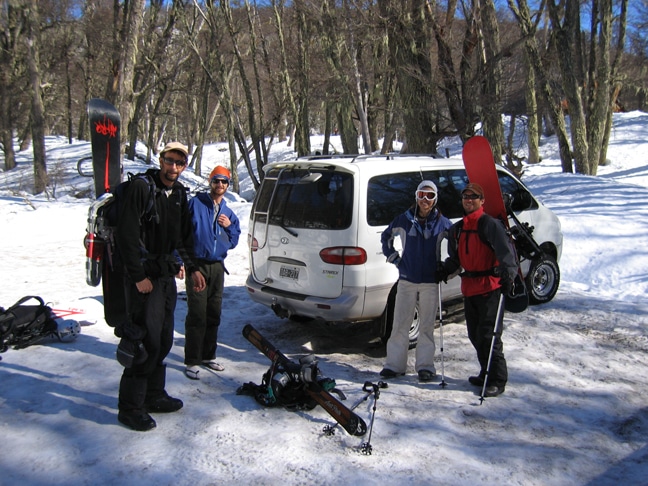 The access is pretty harsh. Crazy roads with TONS of snow. Zach did a great job getting us there in Van. The crew was Paul, Zach, Mia and Matt. 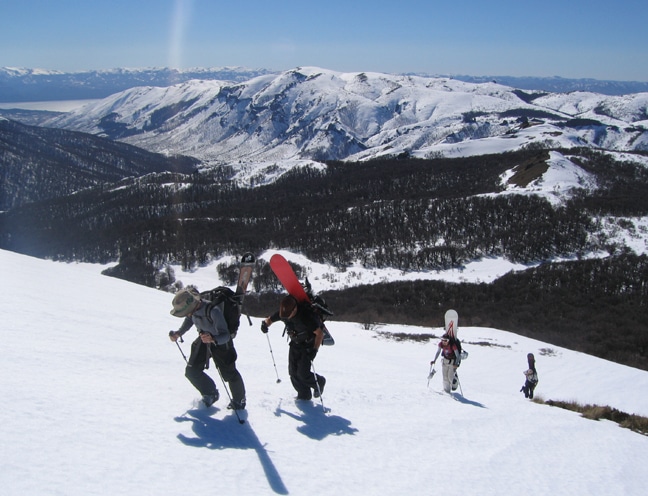 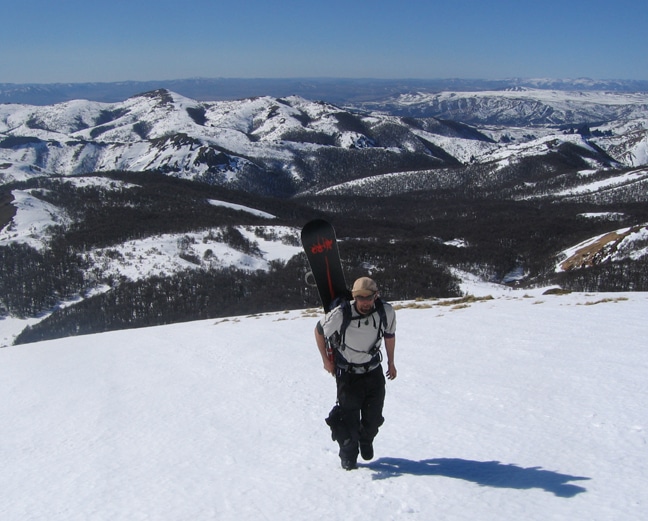 Paul on the ascent. 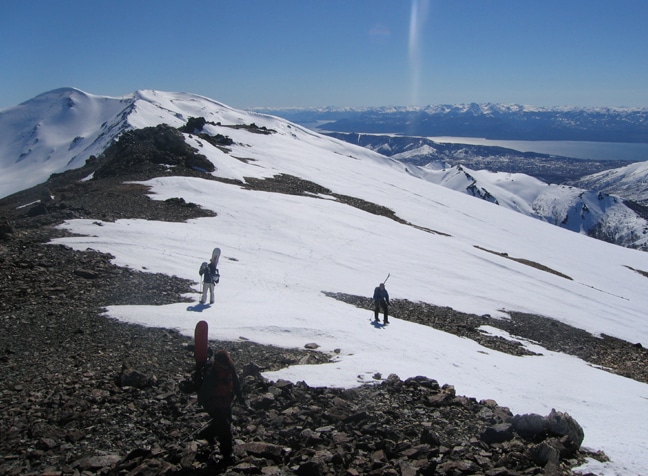 At the sumit of Challhauco. 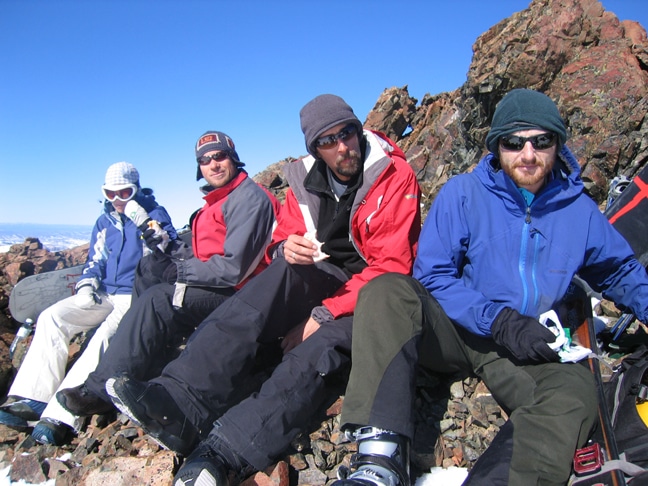 Hanging out at the summit: Mian Matt, Paul and Zach. 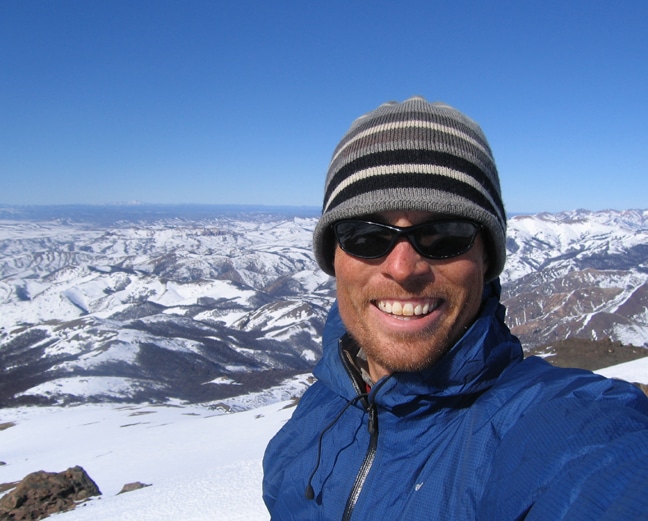 Matt at the summit. 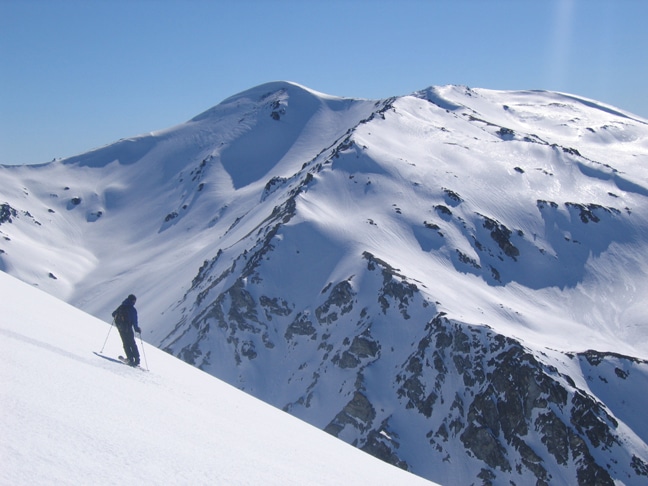 Routefinding on the descent. Cerro Negro in the background. 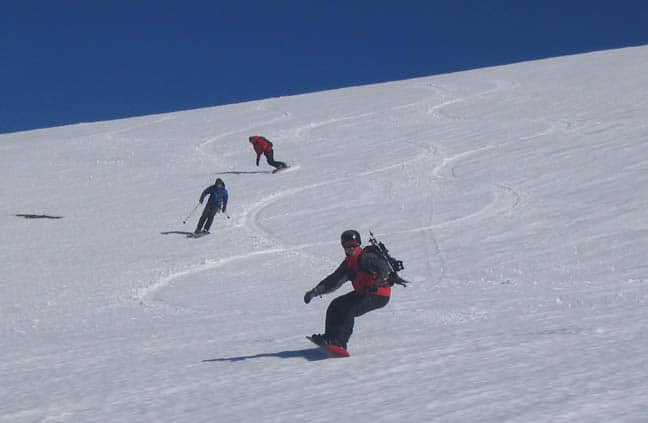 Nice corn on the descent. 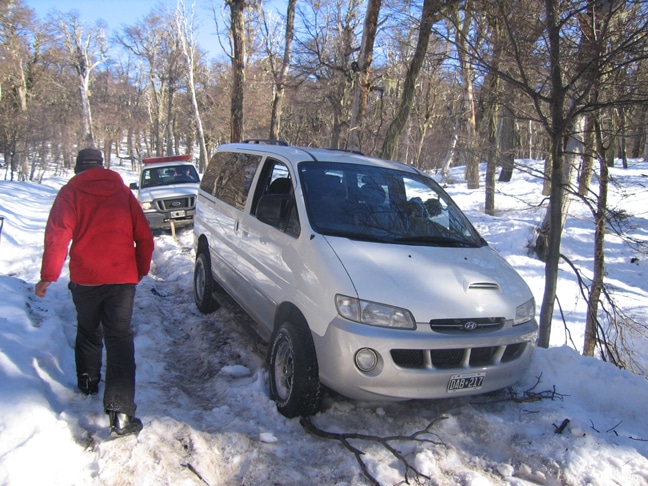 We get horribly stuck on the return. The car behind us has someone who needs to make it to the airport ASAP. 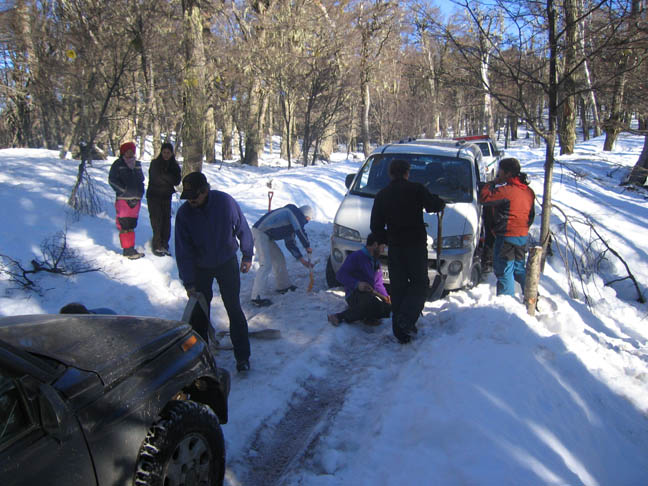 A crew of people helps us out – probably because the road is totally blocked. After a hour and a half we’re on are way!