Jeff and I had some great early season turns at Mount Baker! Being the first trip of the season, I was a bit worried I would forget some important piece of equipment (like fresh transceiver batteries the previous year). Sticking with tradition I managed to leave the insoles for my ski boots in a pair of mountaineering boots. If nothing else, at least I’m consistent. Needless to say, it didn’t make for a very comfortable fit, especially since the boots inner and shells have been molded to my foot shape. I managed to do all of the hiking in my running shoes which limited the time in my boots. The weather was fantastic and the snow was great – far better than we expected!
Details:
Elevation gain prior to putting skis on: 2570 ft
Total elevation gain for the day: 5890 ft
Vertical skied over 4 runs: 3760 ft 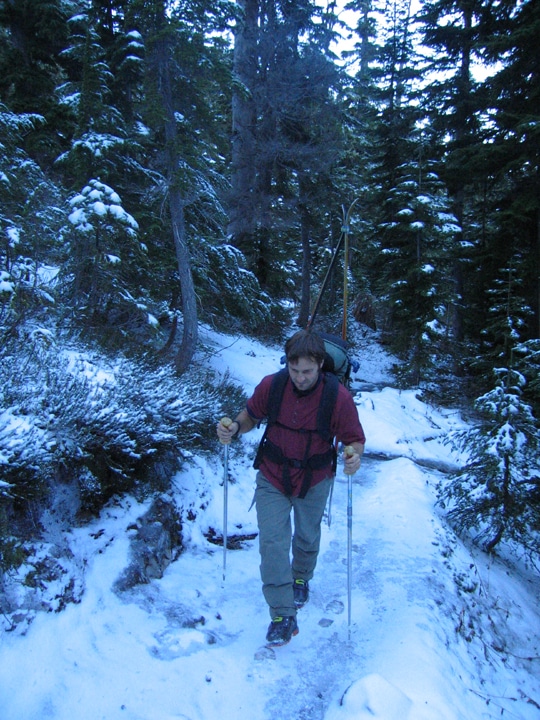 Hiking up the Helioptrope ridge trail. We had to hike all the way to the glacier. Both of us wondered if it would be worthwhile. 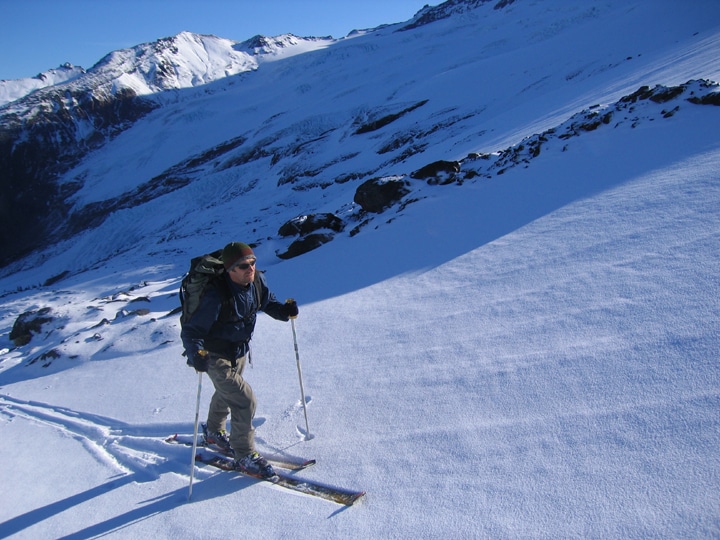 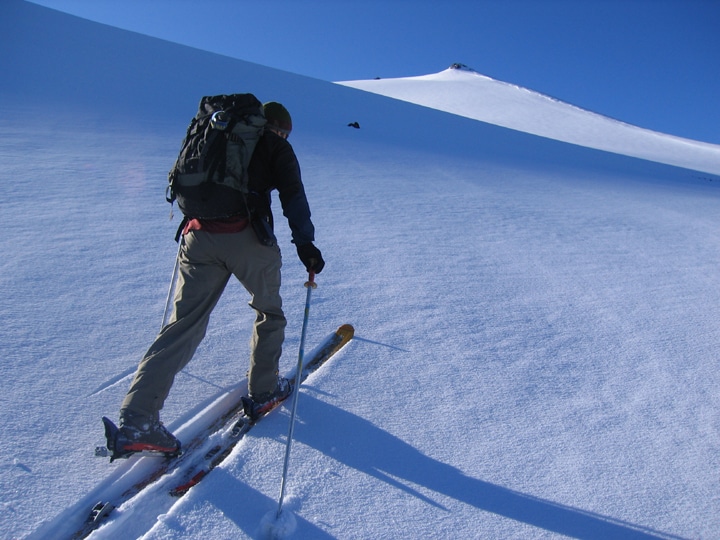 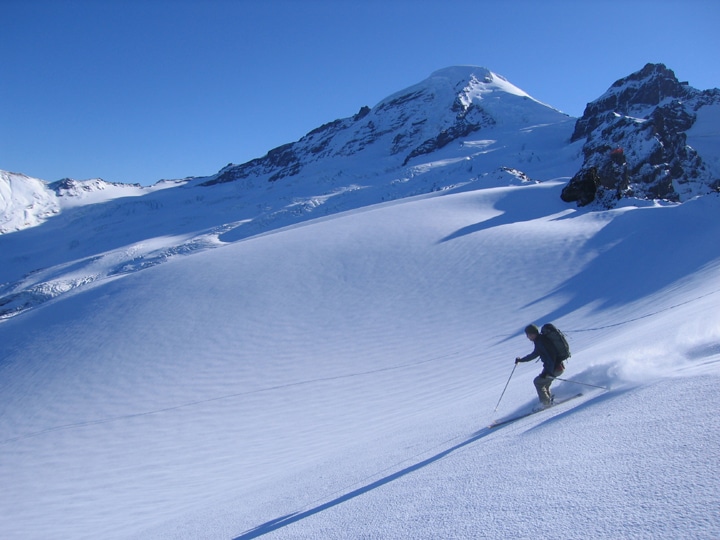 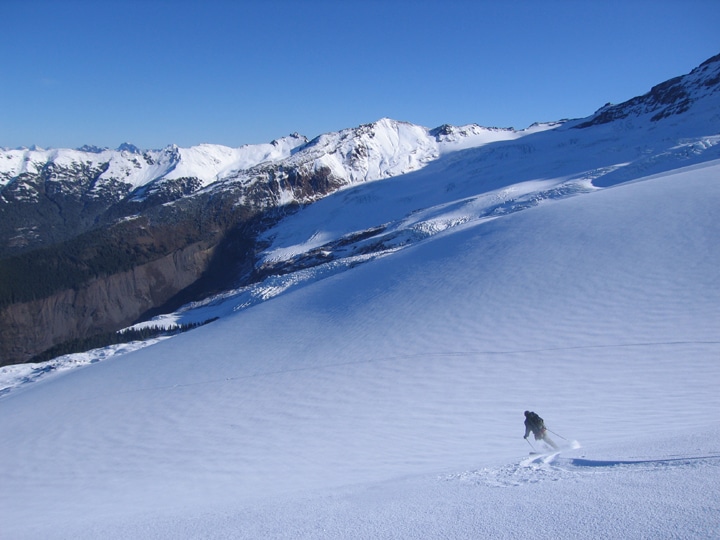 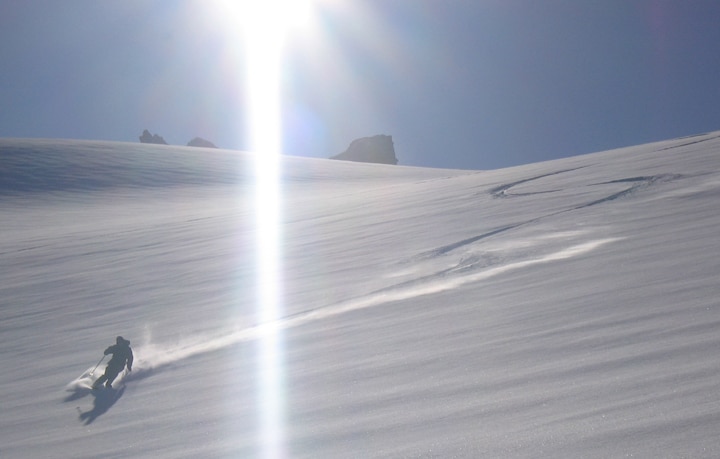 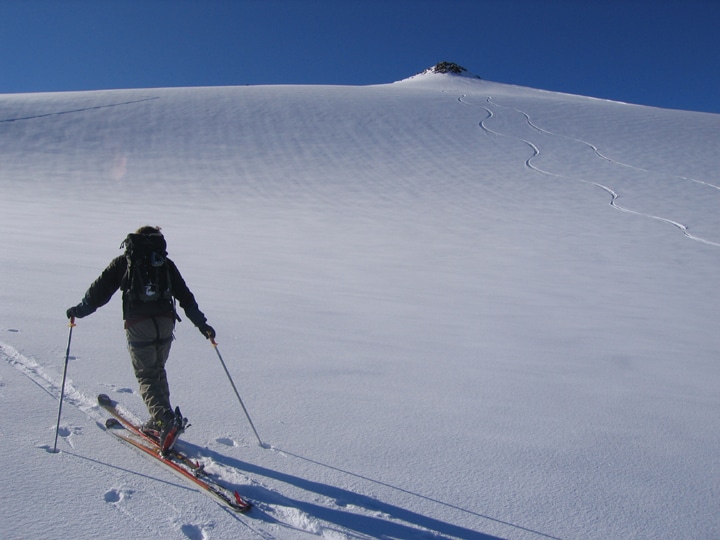 Lots more room on that slope. 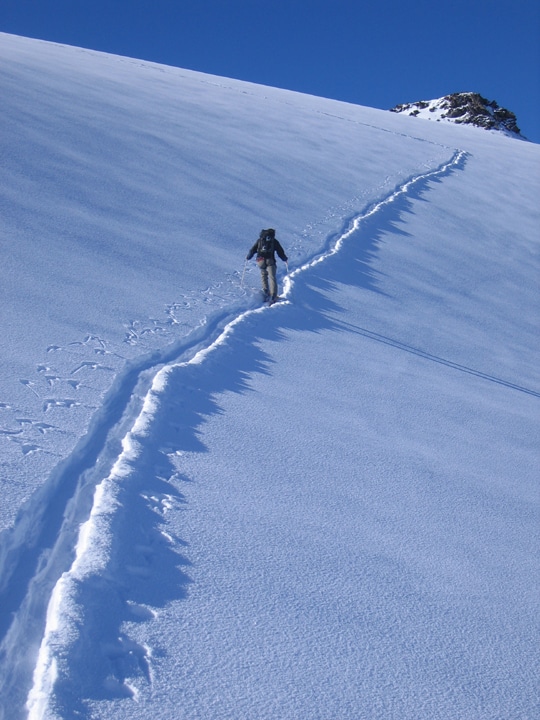 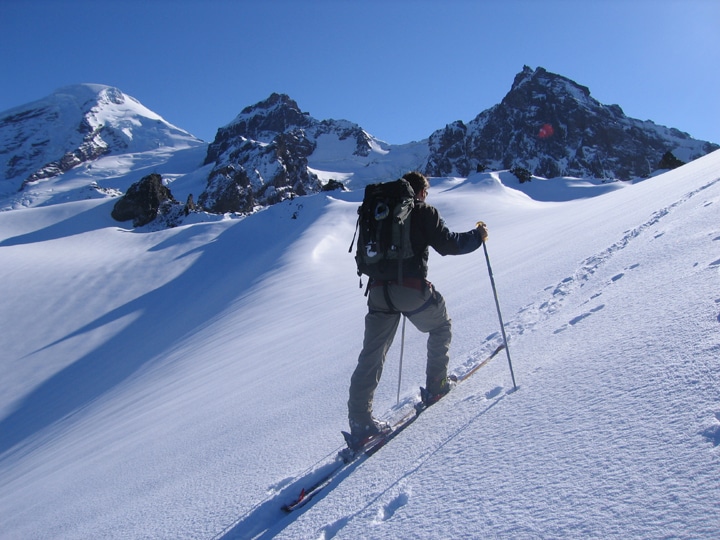 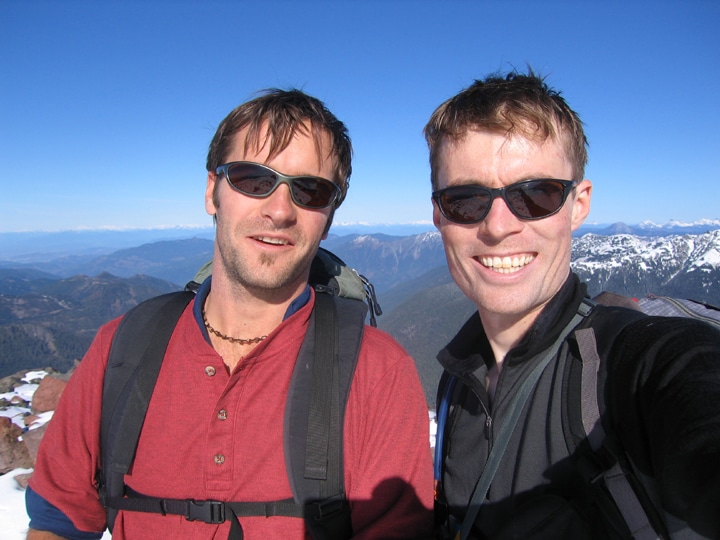 Jeff and Matt on the ski bump. 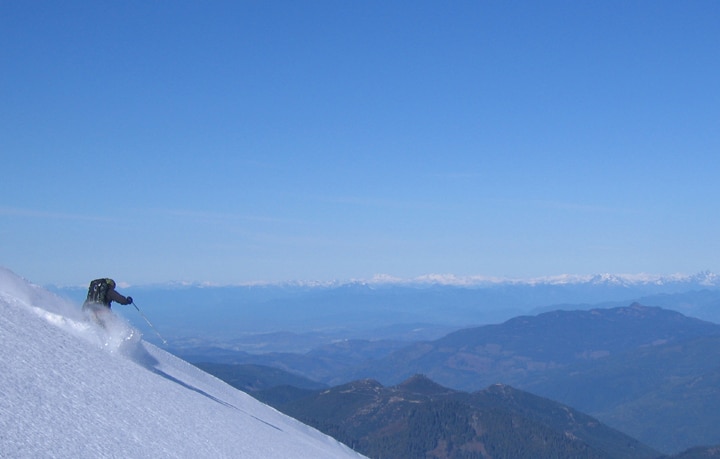 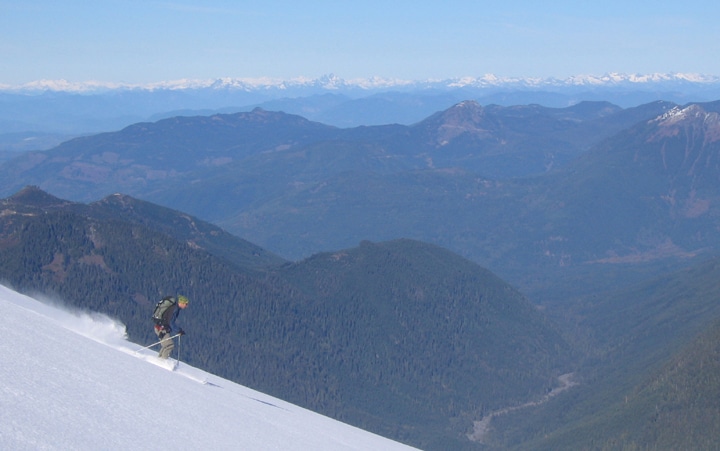 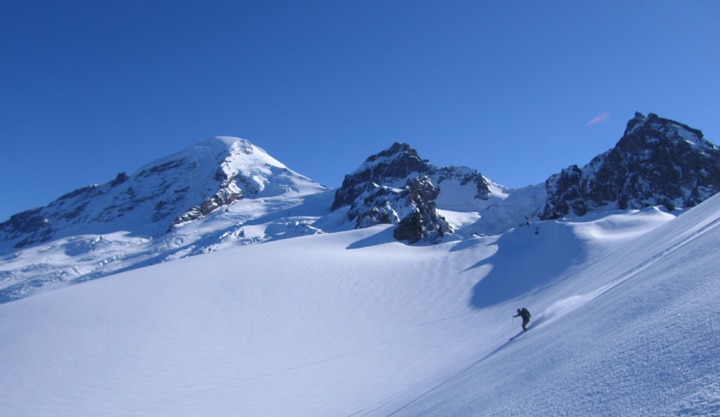 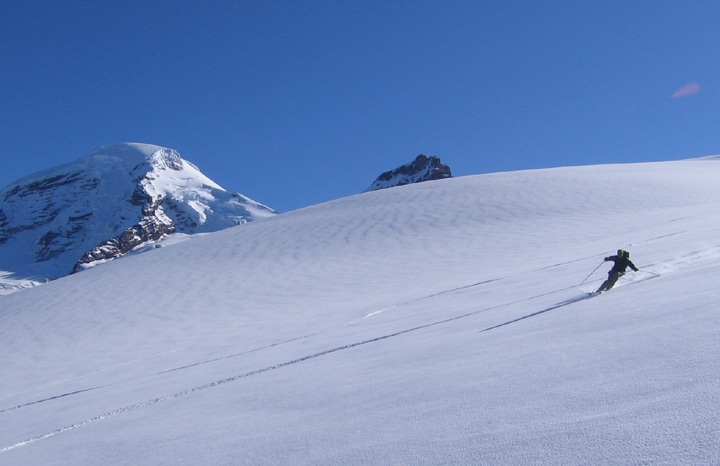 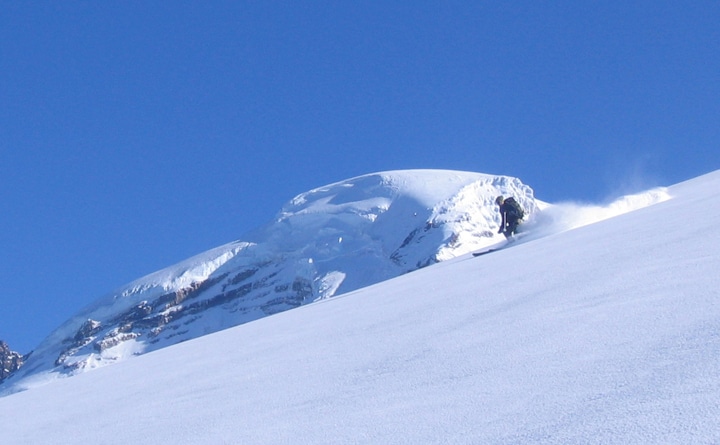 We moved further east for our third and fourth run. The snow remained light throughout the day, a big relief given the forecast called for freezing levels to rise to 7500 ft by mid day. As we finihsed the ascent for our fouth and final lap we encountered a handful of other tourers enjoying the good weather. 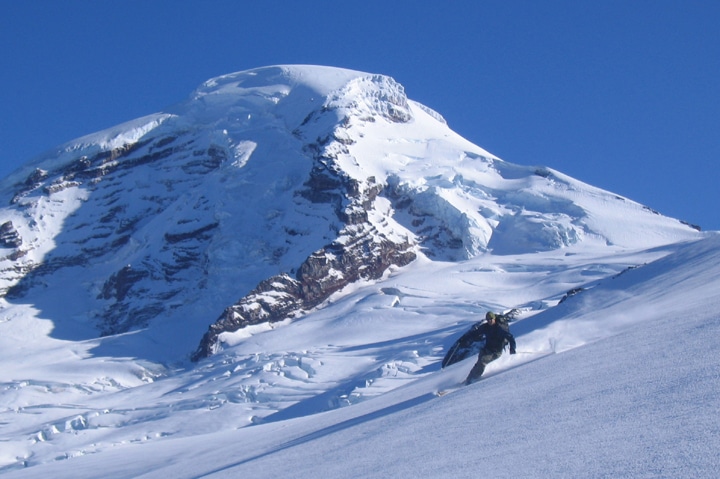 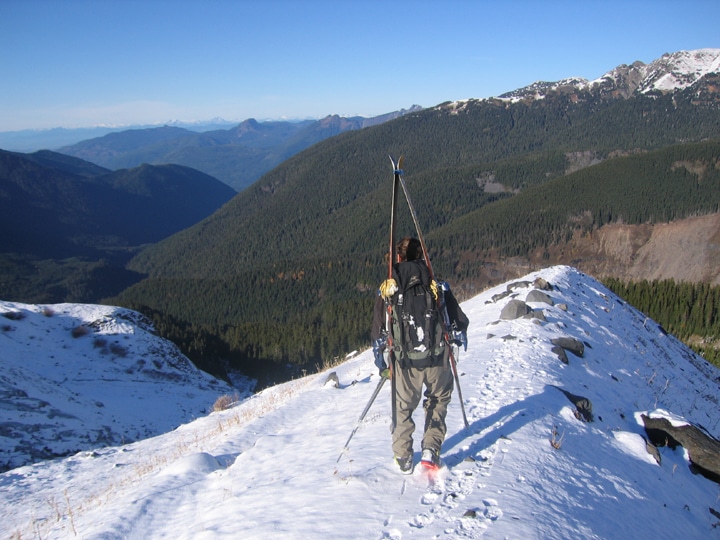 Heading back to Vancouver satisfied.