What a day! After my less than stellar first day of skiing in the season, I was feeling desperate for a good day in the snow. After watching a week of record setting snowfall from my cubicle I was feeling super keen. I wasn’t alone; as plans were made Friday night it looked like the crew was getting a bit big. Late in the evening the group split; four of us wound up making plans to visit the Duffey, having heard reports of good coverage and konwing the avi forecast was slightly better. Well, the 5 am departure and long drive paid off. The Duffey was looking in fine shape, ceratinly as good as I’ve ever seen for November. We made our way easily up to the East bowl of Chief pascal and made several nice runs in that bowl and on the north aspect. Snow was deep and plentiful, as were our smiles. We ran into some friendly Squamish folk andwho we shared trailbreaking with, a bit of a blessign considering that I can still feel the early season in my legs the day after. The only downside is that we wound up back at the cars before dark… we could have made more turns! 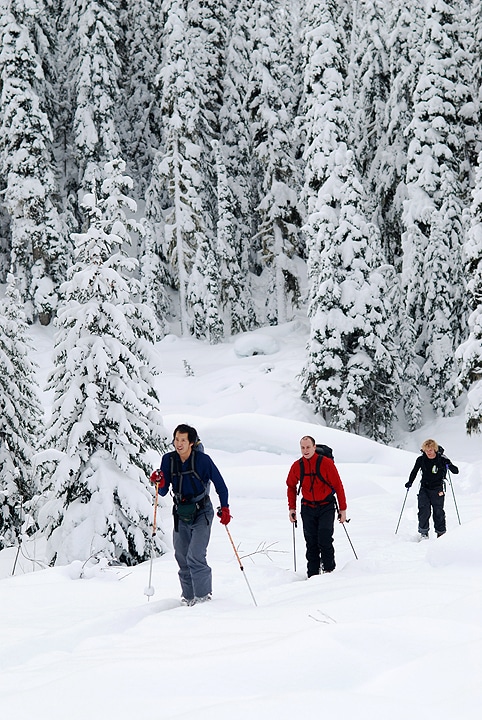 Following the logging road on the approach. 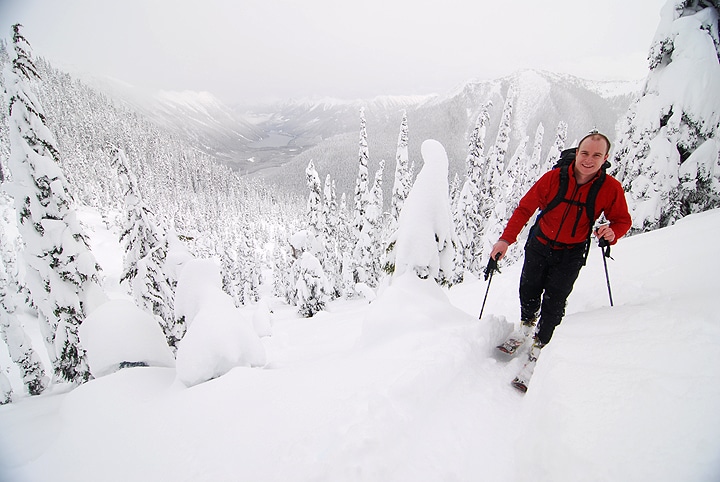 Ahhh.. so good to be back in the Duffey. 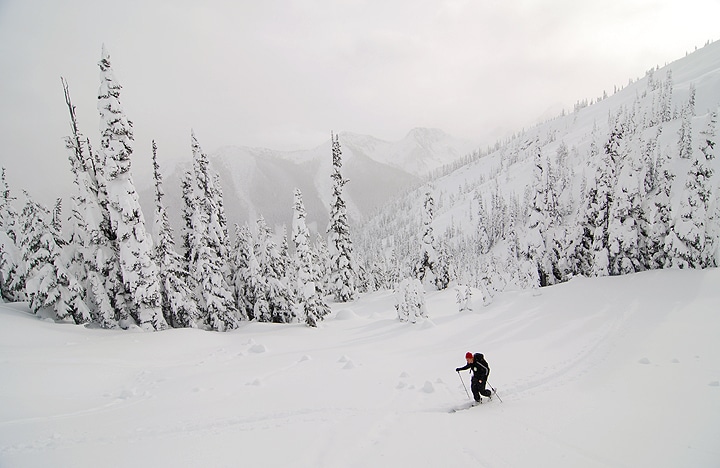 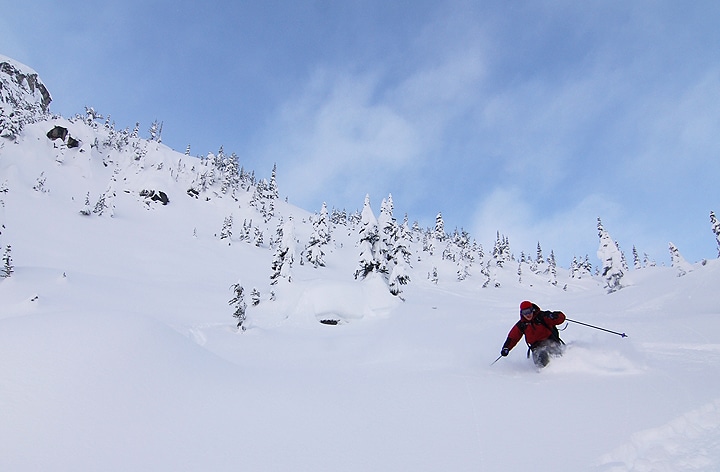 Hansie in the east bowl. 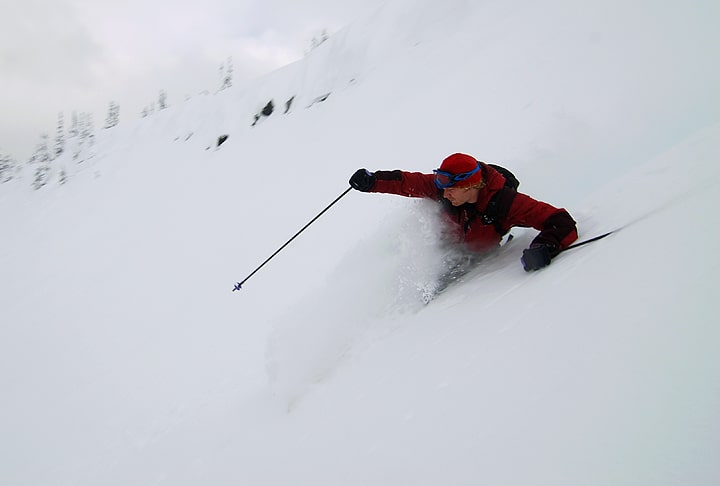 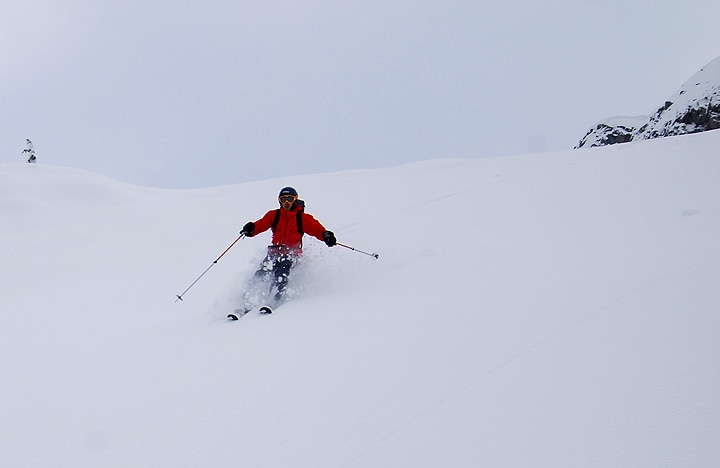 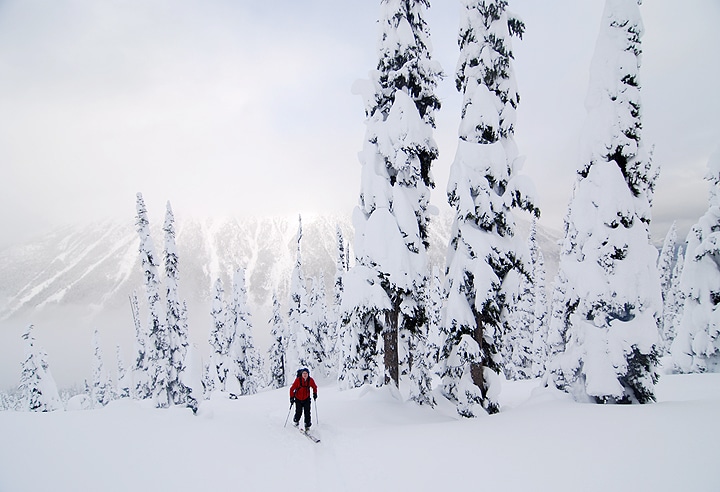 Gabe skinning back up after the second run. 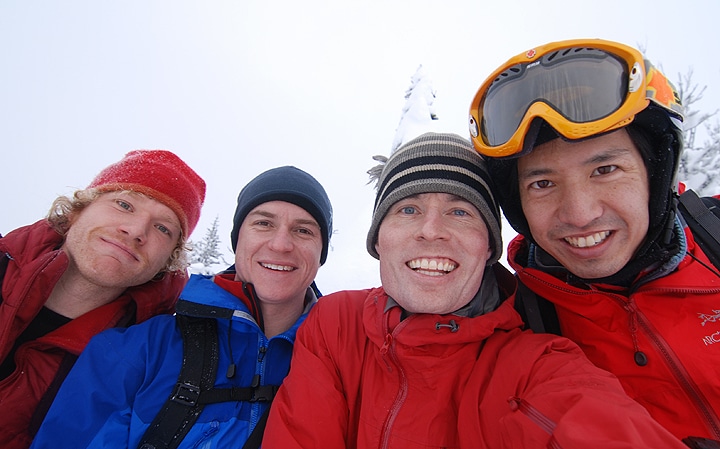 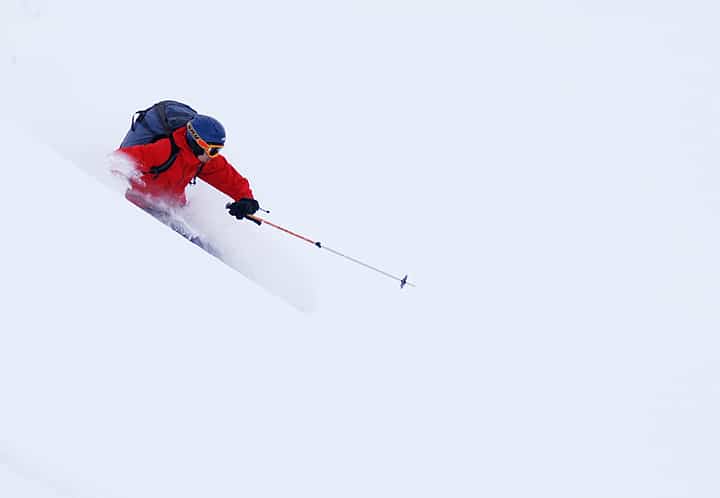 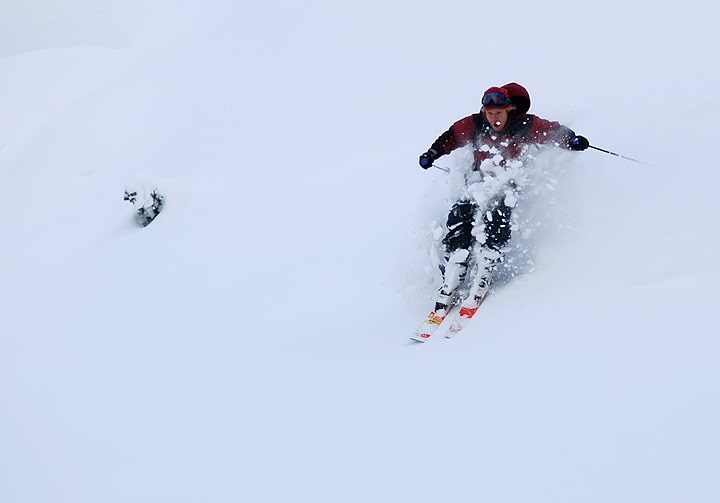 Hansie liking the pow on the final run. 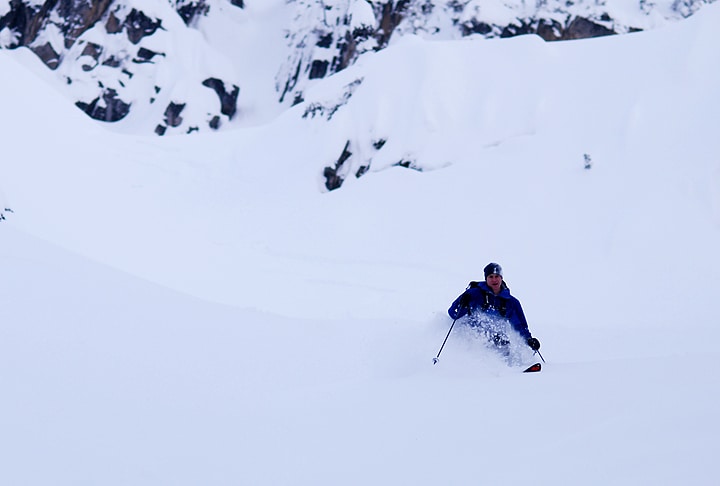 Gabe in the exit chute. 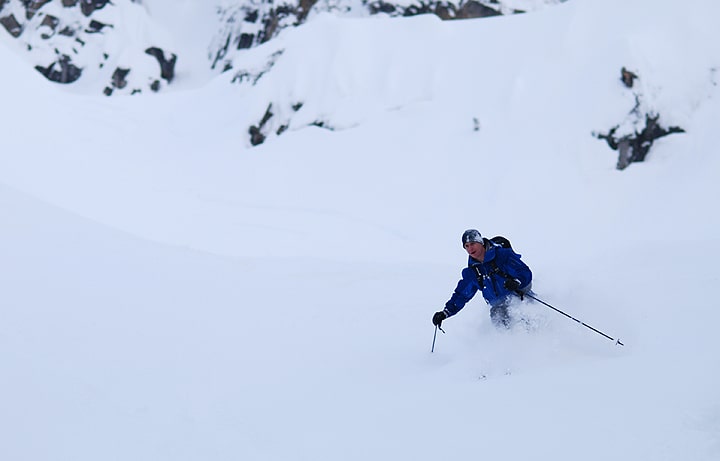 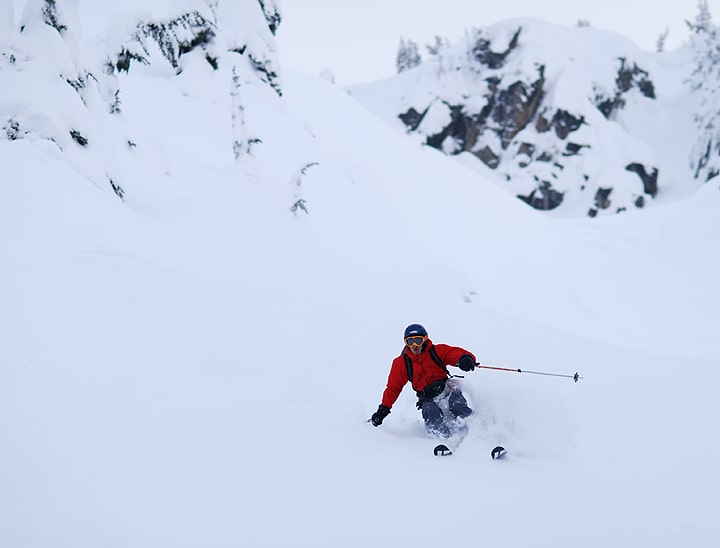 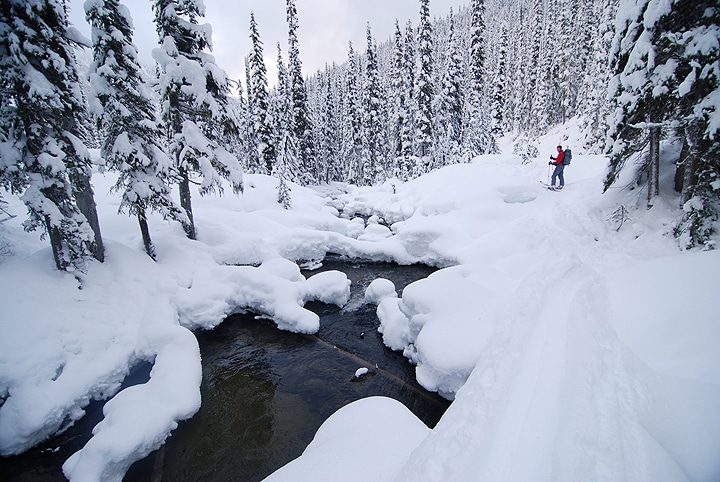 Cerise Creek on the trip out. 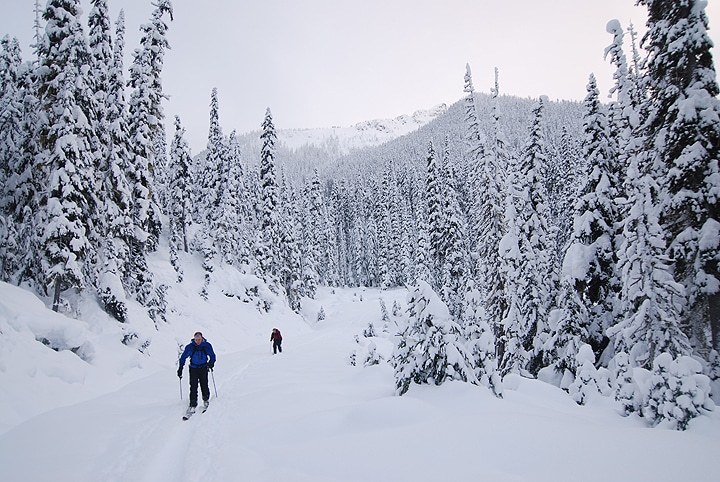 Tired legs on the trip out. The east bowl where we skied is visible above.